Donald Judd on How to Be an Artist 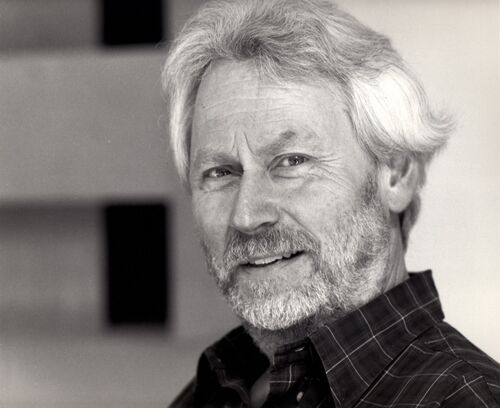 To read the new book Donald Judd Interviews is to encounter one of art history’s greatest contrarians. Out this November from David Zwirner Books, the volume culls together Donald Judd’s conversations spanning 1964 to 1993, with major figures ranging from artist Frank Stella to art historian Barbara Rose. It becomes apparent that Judd was ready to argue about anything: basic definitions, diagonal lines, the inefficacy of art publications, and the role of museums in society, for starters.

Born in 1928, Judd studied philosophy and art history at Columbia University. In the late 1950s,he began writing art criticism and continued the practice throughout the rest of his life. Though he painted for about 10 years, Judd abandoned the canvas in the early 1960s and turned to “object-making.” While it’s tempting to call his constructions “minimalist” and classify them as “sculpture,” Judd rejected those terms, too. He began designing “stacks,” or series of rectangular metal prisms that protruded down gallery walls. Subsequent artworks resembled boxes and shelves, mounted either on the wall or the floor. While the work was clearly three-dimensional, Judd was apt to cite painters—including Mark Rothko, Barnett Newman, and Jackson Pollock—as his influences. His interests resided in relationships between materials, colors, and scale. 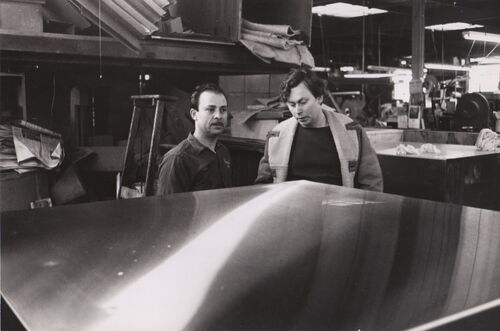 Instead of making art in his own studio, Judd hired fabricators on Long Island and in Switzerland to realize his visions. He participated in a radical art-historical shift, which deprioritized marks made by artists’ own hands. Through his interviews, Judd revealed a subtle road map for leading a rewarding creative life. Below, we share some of the lessons learned. 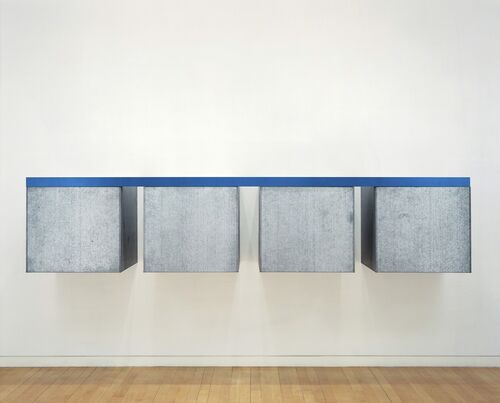 Judd wasn’t shy about his disapproval of museum shows and other artists’ work. When asked to assess the Whitney’s 1964–65 “Annual” exhibition (the predecessor to the Whitney Biennial), he simply said: “I thought it was better than usual.” He wasn’t interested in any of the second-wave Abstract Expressionists, and he didn’t pay much attention to performance art. Judd wasn’t trying to make enemies (or friends, for that matter): He was a disciplined practitioner with staunch aesthetic principles.

In a 1966–67 interview, art historian Barbara Rose noted that Judd’s art is too big for many people’s apartments. She wondered how the artist thinks about collectors and how his work will be displayed. What were his intentions? “It’s just intended to get done, that’s all,” Judd replied. He freely admitted: “I don’t consider the viewer.”

Judd made the work he wanted to make, leaving practical exhibition problems to others. These attitudes secured his legacy as a highly respected and original artist.

Lesson #2: Make your own definitions 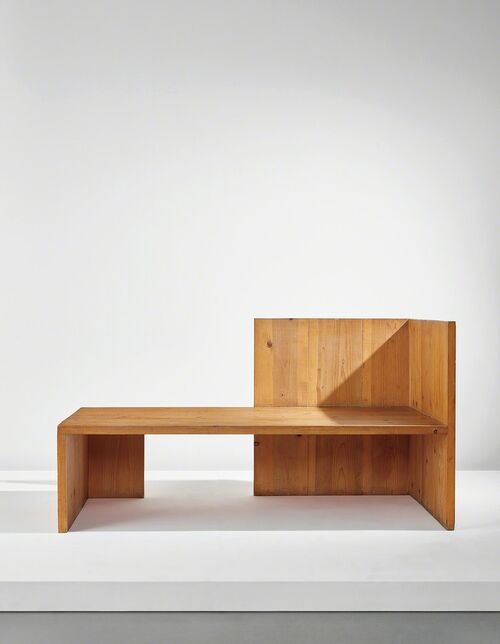 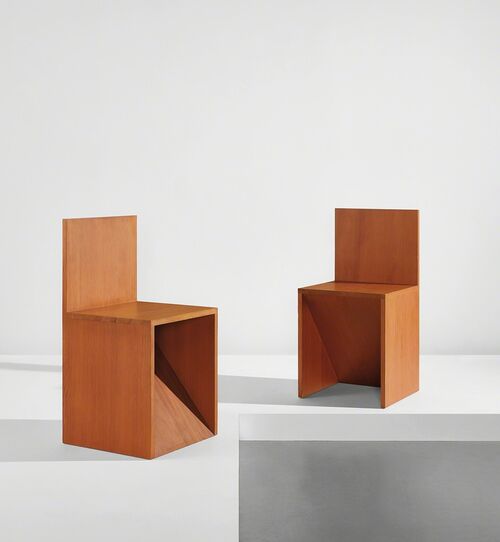 Judd, a consummate individualist, refused labels that would have grouped him with other artists. Though most of his works had three dimensions, he didn’t think they should be classified as “sculptures.” They weren’t, in his estimation, “composed” or “arranged on a central core.” Instead, they were fabricated like furniture. Yet Judd’s work wasn’t furniture—as it wasn’t functional—nor was it painting, performance, design, or architecture. When Rose prompted him to classify his output in the 1960s, he told her: “I don’t know what it is, and I don’t feel that I have to give it a title.”

Judd was similarly recalcitrant when his interviewers attempted to define any term related to art. When asked what constitutes an artwork’s “presence,” or special aura, the artist was terse. “It means the work is very good and interesting. That’s about all it means,” he said. He advocated eliminating the term “classic” from art-historical discourse, and he was no fan of the word “romantic,” either. Ultimately, Judd held tight to the idea that artists shouldn’t have to explain themselves. Good art could speak for itself.

Judd also disparaged American museums, accusing them of creating meaningless group shows, handling artwork badly, and mistreating artists. In 1986, he established his own institution, the Chinati Foundation, in Marfa, Texas. A permanent collection and long-term installations, curated to Judd’s standards, ensured a substantive, continuous dialogue between artwork and the land itself.

Lesson #3: Engage in politics and activism 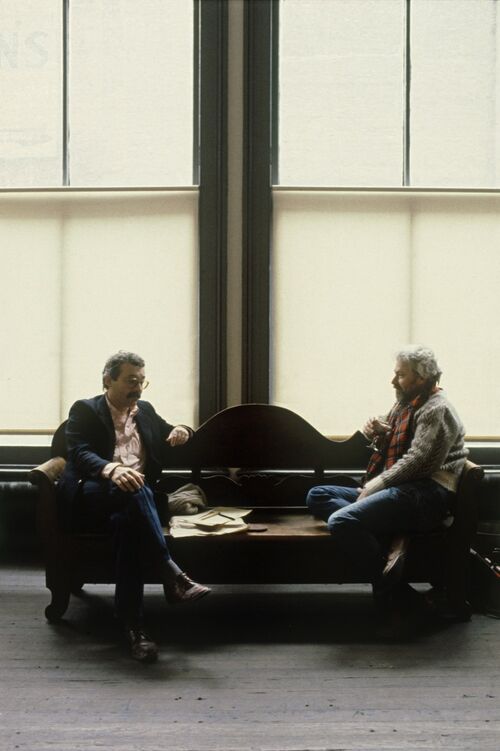 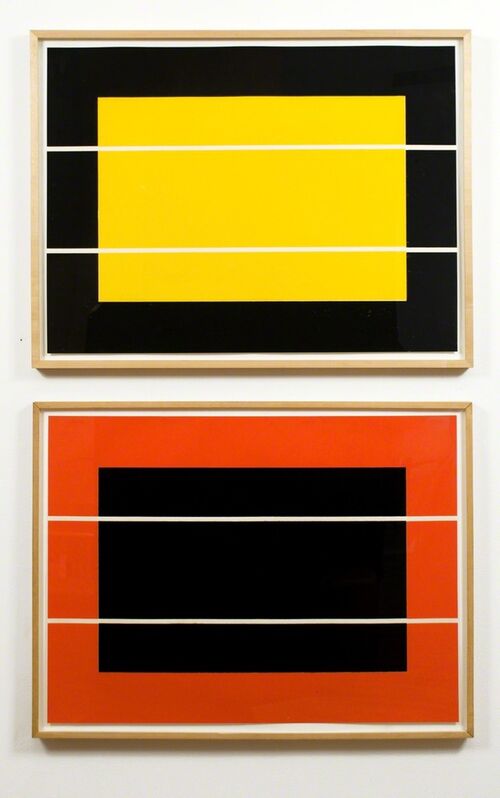 Donald Judd’s art isn’t about preserving a moment or revealing what it was like to live in a particular place and time. Though he was in the army; lived through World War II, the Vietnam War, and the Gulf War; and experienced rapid shifts in the Manhattan landscape, Judd kept autobiography far from his completed artworks. Yet he was deeply political in his own way, speaking out against injustice. Judd famously participated in gallerist Paula Cooper’s first exhibition in 1968, “Benefit for the Student Mobilization Committee to End the War in Vietnam.” The show opened with a pacifist manifesto rather than a curatorial statement.

In his interviews, Judd was eerily prescient. In the early 1970s, he feared the gentrification of SoHo. In 1991, he worried about the United States generating hatred in the Middle East that would lead to a “kind of religious war between Christians and Muslims.” 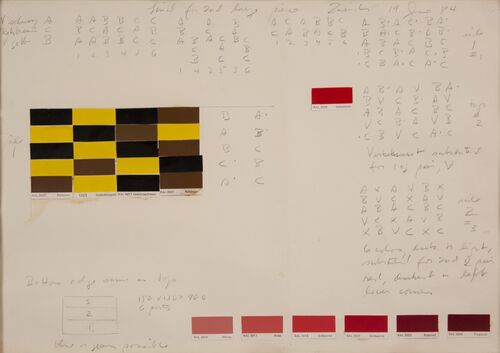 In a 1991 interview with Ólafur Gíslason of the Icelandic daily newspaper Þjóðviljinn, Judd proclaimed a bold, anti-war stance. “War destroys everything,” he said. “It not only destroys human lives and property in Iraq, it also destroys culture. It also destroys the work I am doing in Texas.” The artist excoriated both the United States’s military economy and the government’s decision to rescind grants for artworks deemed obscene or pornographic. American architecture itself, according to Judd, was adopting a fascist tinge.

Though Judd perceived a deteriorating society, he maintained hope in citizens’ power to effect change. “The only thing that affects the U.S. government is the people’s demonstrations on the streets,” Judd said. “All those who hate to live with war should go into the streets and protest the war.”

Donald Judd on How to Be an Artist

‘Go Away and Take Your Sh*tty Forest’: Right-Wing Politicians Have Waged a Campaign Against an Eco-Art Installation in Austria